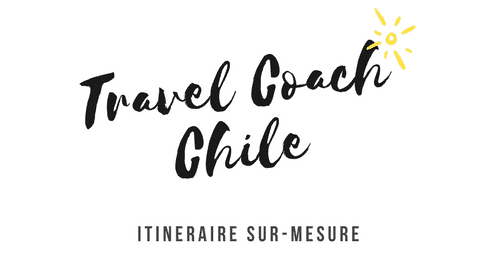 When you’re done sorting through your photos to participate in our TravelCoachChile Photography Grand Prix, head to the sofa! We invite you on a trip to Chile through the big screen, a dive into its tumultuous history with excellent cinematic offerings. Get comfortable and explore our selection of Chilean films!

A finalist at the Oscars in the category of Best Foreign Language Film, Chilean filmmaker Sebastián Lelio paints us a portrait of Marina, a transgender thirty-year-old who has a tender, delicate love affair with Orlando, a man in his fifties who makes her happy even though he is already married. After the unexpected death of her lover twenty years her senior, Marina suffers the hostility of her loved ones and must fight to maintain her dignity as a woman, despite all of the animosity from Orlando’s family, who rejects her completely…

In Chile, at 10,000 feet above sea level, astronomers from all over the world gather in the Atacama Desert to observe the stars; the unparalleled transparency of the sky allows for observation spanning to the ends of the universe. It is also a place where the dryness of the soil keeps human remains intact: those of mummies, explorers, and miners. As well as the bones of the political prisoners of the dictatorship… As astronomers scour the most distant galaxies in search of probable extraterrestrial life, a group of women search under the stones at the feet of the observers, looking for their missing relatives… A great documentary by Patricio Guzmán!

No (2012): the committed testimony of a turbulent Chilean history

In this film, director Pablo Larrain retraces an essential era of Chilean history…

Santiago de Chile, 1988. General Augusto Pinochet, who has ruled the country with an iron fist since the 1973 coup, is holding a referendum about keeping him in power for another eight years: yes, he stays, no, he retires. The supporters of the “no” vote call on the services of the young advertiser René Saavedra, played by Gael García Bernal. He baffles Pinochet’s supporters, as well as his own colleagues, by building a positive campaign showing joy, the only likely way to seduce the undecided, young or old. He faces various attempts at intimidation and pressure, including those of the director of his own agency, advisor to the “yes” campaign. While the polls and partial results announced a victory for the “yes” vote, on the evening of October 5, 1988, René Saavedra learned, in disbelief, that the “no” had largely won, marking the end of the Augusto Pinochet’s military regime and paving the way for the Chilean democratic transition of power.

The seductive and charismatic Inés, her husband Justo, and their best friend, Gerardo, are members of a far-right group in chaotic Chile in the early 1970s. Supported by the CIA, they are determined to overthrow Allende’s government. Together, they commit a political crime that changes the country’s history and separates them forever, ending their love triangle. Forty years later, Gerardo reappears publicly when the police surprise him with an arsenal of war. Not only does revenge inspire him, but also his youthful political obsession. Inés, now a powerful and influential businesswoman, will do everything she can to prevent the past from resurfacing.

Andrés Wood, celebrated Chilean director, will have you on the edge of your seat for the duration of this hectic thriller!

Machuca (2004): a childhood at the antithesis in a politically torn Chile

The setting is Chile 1973. Discover in this film by Andrés Wood the restless childhood of two children: Gonzalo Infante, a shy boy from a wealthy family living in beautiful neighborhoods, and Pedro Machuca, a son of peasants living in a slum. Against all odds, these two boys meet on the benches of the school, thanks to an idealistic initiative of Father Enroe: to integrate disadvantaged children into a very posh Catholic school in Santiago. He wants to teach everyone respect and tolerance, while the political and social climate is deteriorating in the country. Some of the parents approve, while others make a scandal. From this turbulent atmosphere is born a deep friendship between two boys who share a first love, dreams of justice, and a thirst for rebellion. Together, they will be helpless witnesses to the bloody coup that marks the end of Allende’s era.

When you’ve finished these five Chilean films, let us know in the comments which one was your favorite! Also, feel free to expand the list by suggesting new Chilean movies to fellow readers. 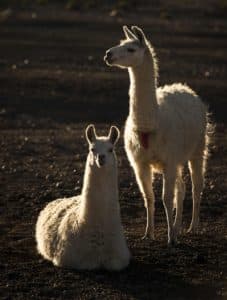 Suscribe to our newsletter

Category of our Blog posts